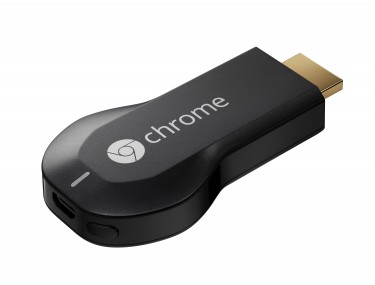 Without a doubt, one of the most talked about tech gadgets this year is the Google Chromecast, which allows you to download a Chromecast app onto your laptop, smartphone, tablet, phablet etc. and stream to any display you connect your Chromecast to (Chromecast uses a HDMI connection).

So with all of its features, it’s not hard to see why so many are eager to put in an order for a unit.

What is a little harder to understand, however, is the price point. At only $35 a unit, the Chromecast is a steal, and it’s hard to see how Google ocean conceivably make any money on Chromecast when it’s primary competitors (AppleTV and Roku) both charge between $60 to $100 a unit for a comparable product.

This is where it is important to understand Google as a company. Google, above all else, is a data and information driven company. Its primary sales avenue is through its ability to match marketers with a hyper targeted audience of consumers.

Google never released the Chromecast with an eye towards making money from the sales of the units. Instead, what Google had in mind is that by aggressively pricing the Chromecast at an extremely arffordable price point, it could make the Chromecast ubiquitous. At $35, almost everyone can afford a Chromecast, and once the ubiquity of the Chromecast is established, TV manufacturers could be incentivized to manufacture Chromecasts-equipped television sets. And if Chromecast is uniformly implemented across all new TVs, Google has just created a new way to access TV viewing data, a goal that has long eluded traditional TV network providers. The old adage that you couldn’t really measure the ROI on TV and Radio campaigns could become a thing of the past.

For a great in-depth look on this, please check out this Great google Chromecast analysis